Functionality and simplicity were the cornerstones of the interior design concept for this contemporary home of a young couple in one of the posh areas of Athens.

In the case of this urban project, 360 Concept Design Studio by Alexandros Tsikordanos wanted to avoid mixed messages, staying focused on making the design cohesive. To achieve that, geometry played a key role. Following its simple and timeless principles led to the creation of a contemporary home, one that is the true reflection of its occupants.

On the ground floor of the residence there is the entry hall, the living room, the dining area and also the kitchen. There are also two more private rooms, the master bedroom and a second bedroom that most of the times functions as a guest room. The house has also a lower level, where the office, the playroom and a private gym are located.

The living room and dining room form a large space with generous openings that allow natural light to flood every corner. The area looks even larger and more spacious, thanks to its all-white walls and oak floor. The fireplace is placed in the centre, separating the living room from the dining room, while at the same time it is the area’s absolute focal point.

The color palette chosen by 360 Concept Design Studio is one of strictly earthy tones and light grey. It spreads everywhere, even to the fabrics. Together with the timeless design pieces that are placed in every room, it creates a contemporary zen atmosphere. Totally urban.

In this project, 360 Concept Design Studio has managed to create a space where true luxury is in its simplest form. A home for a young couple that proves that there is a warmer, comfortable side of minimalism. 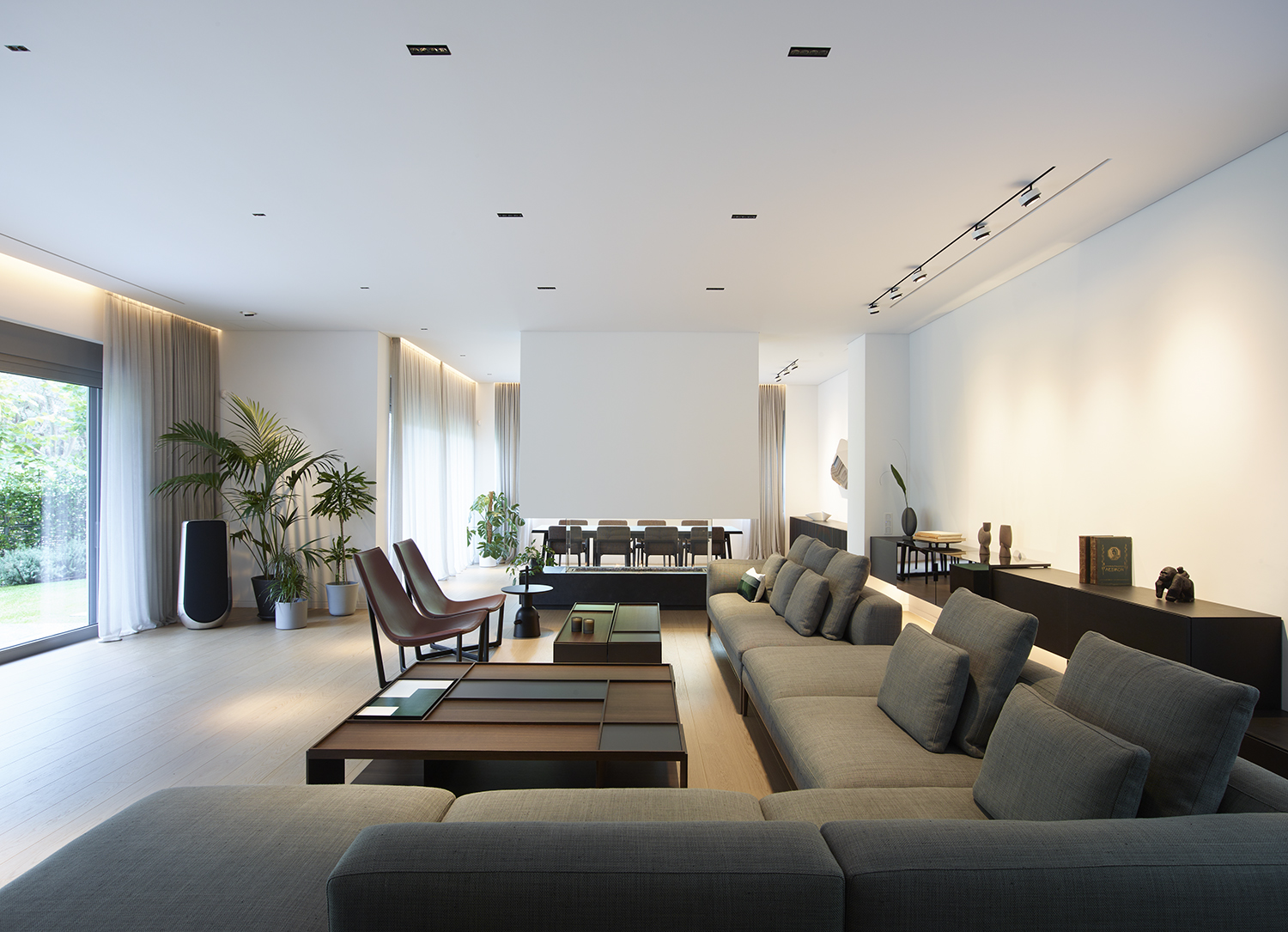 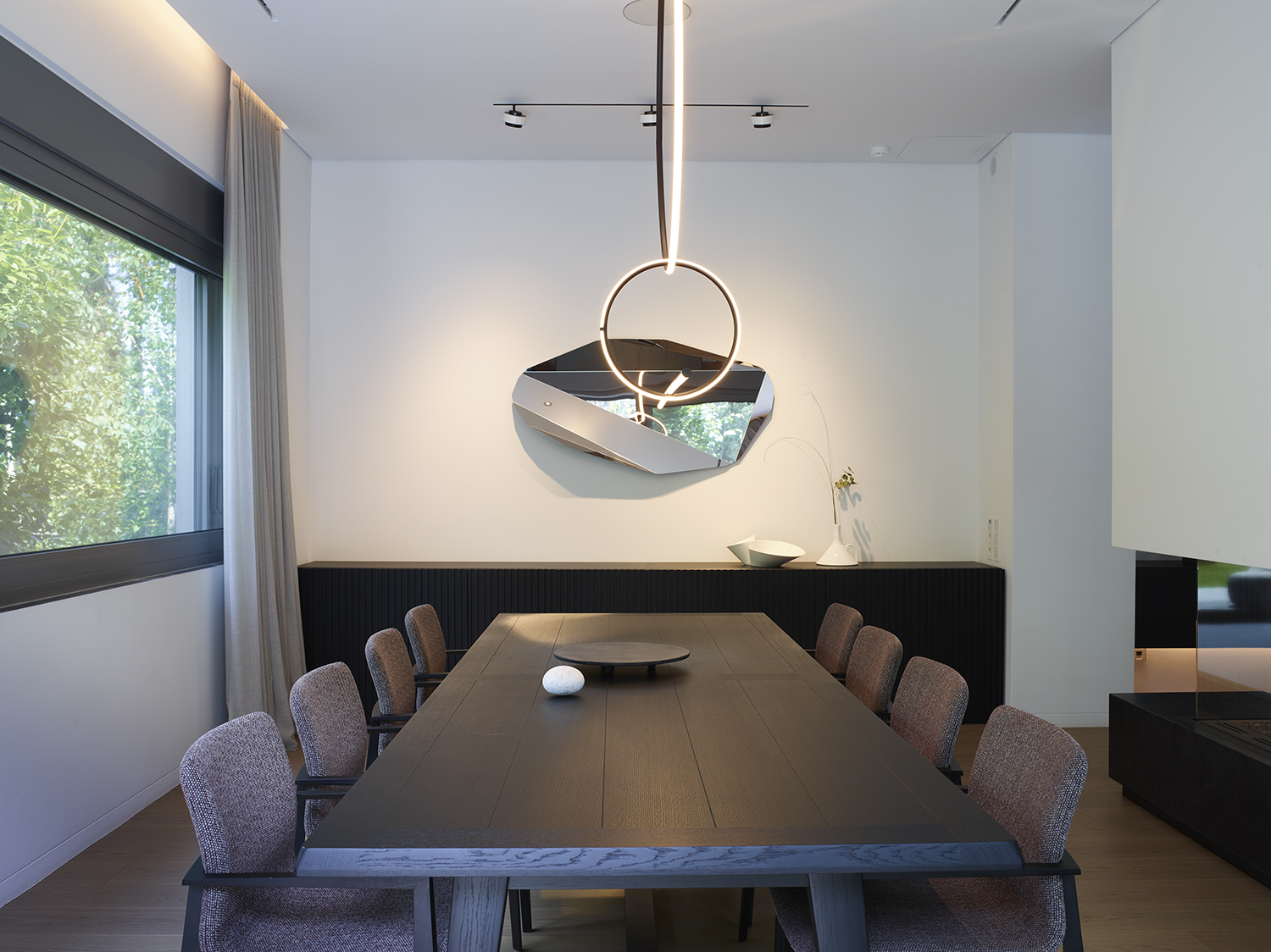 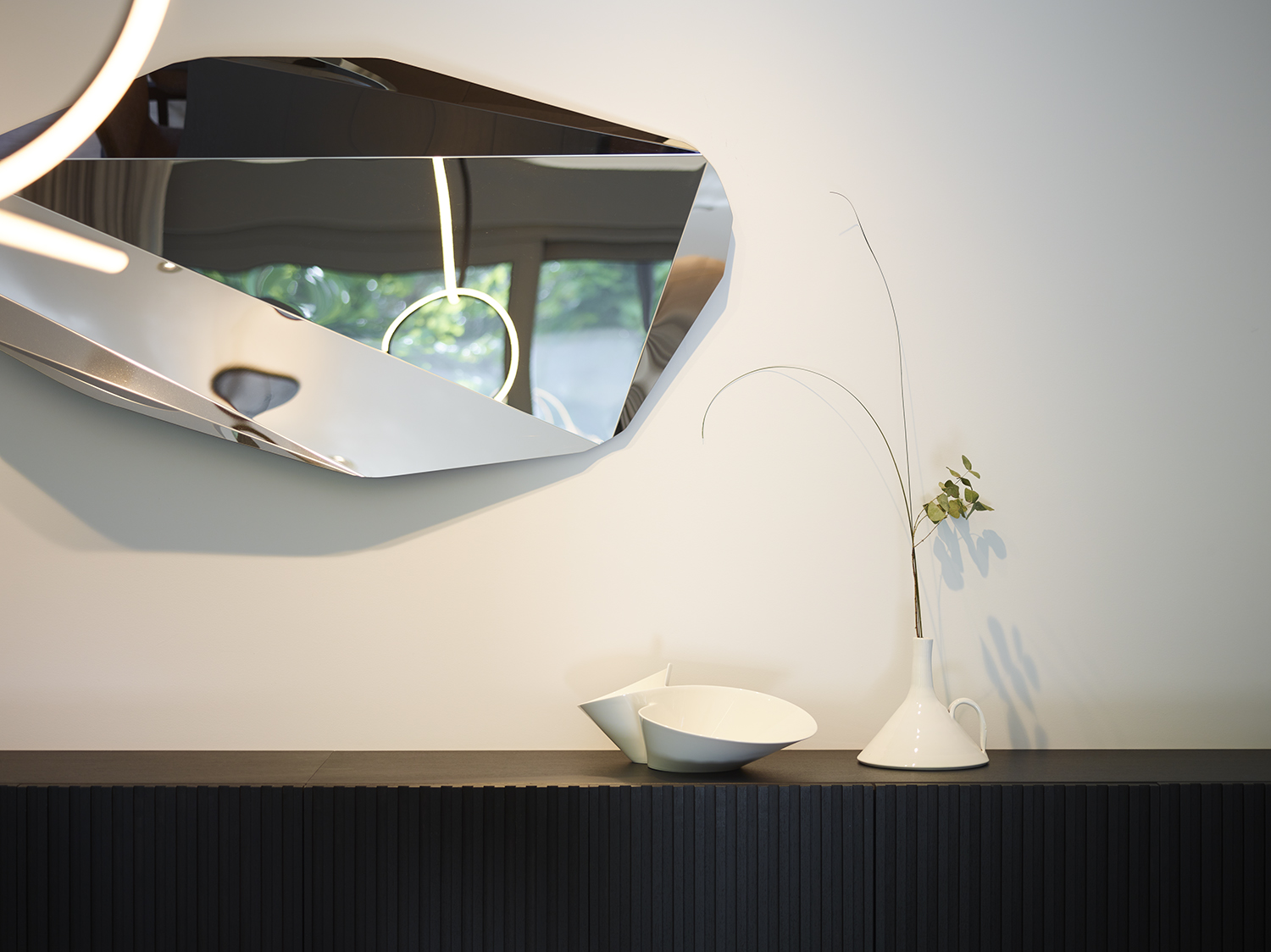 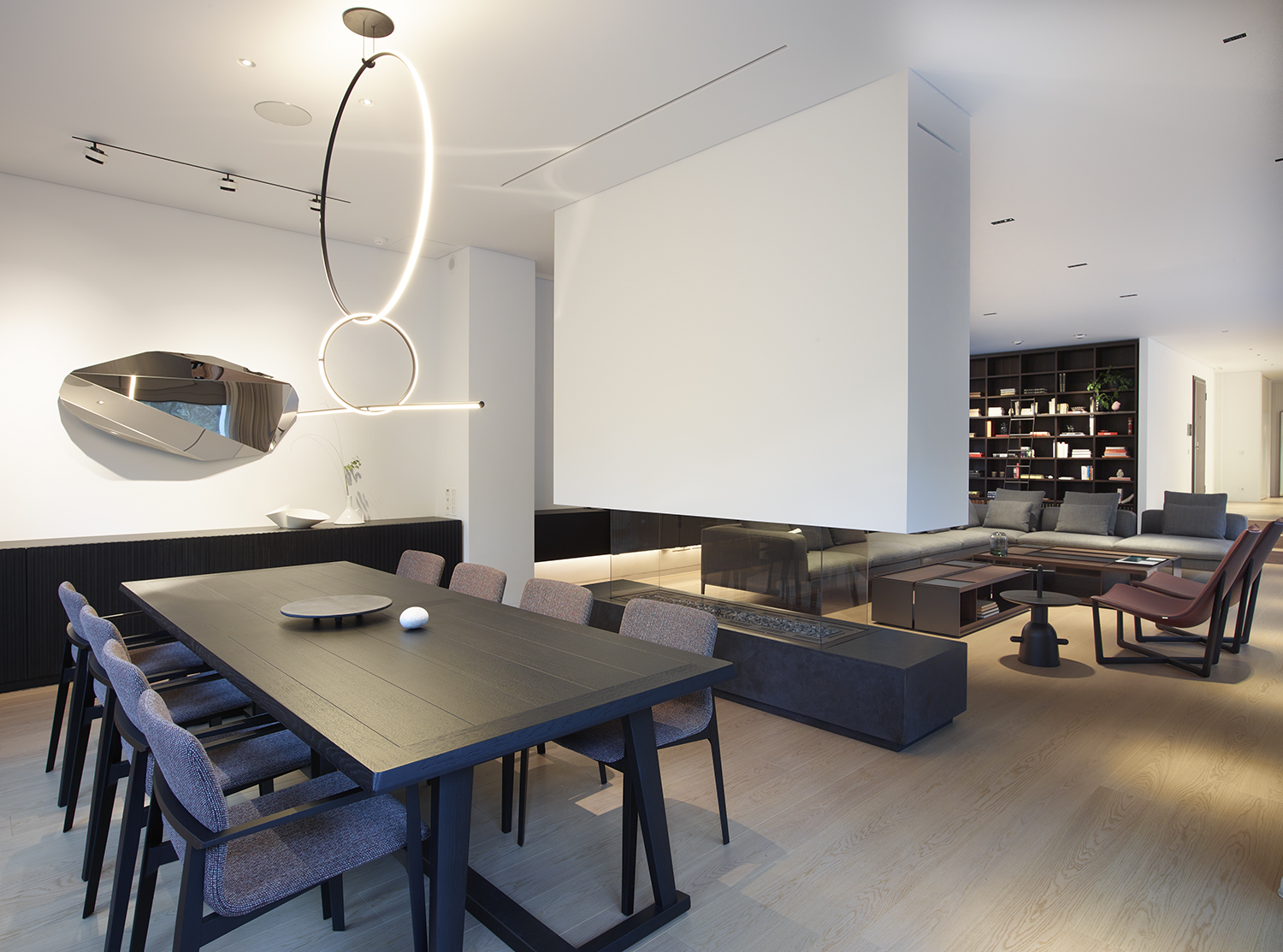 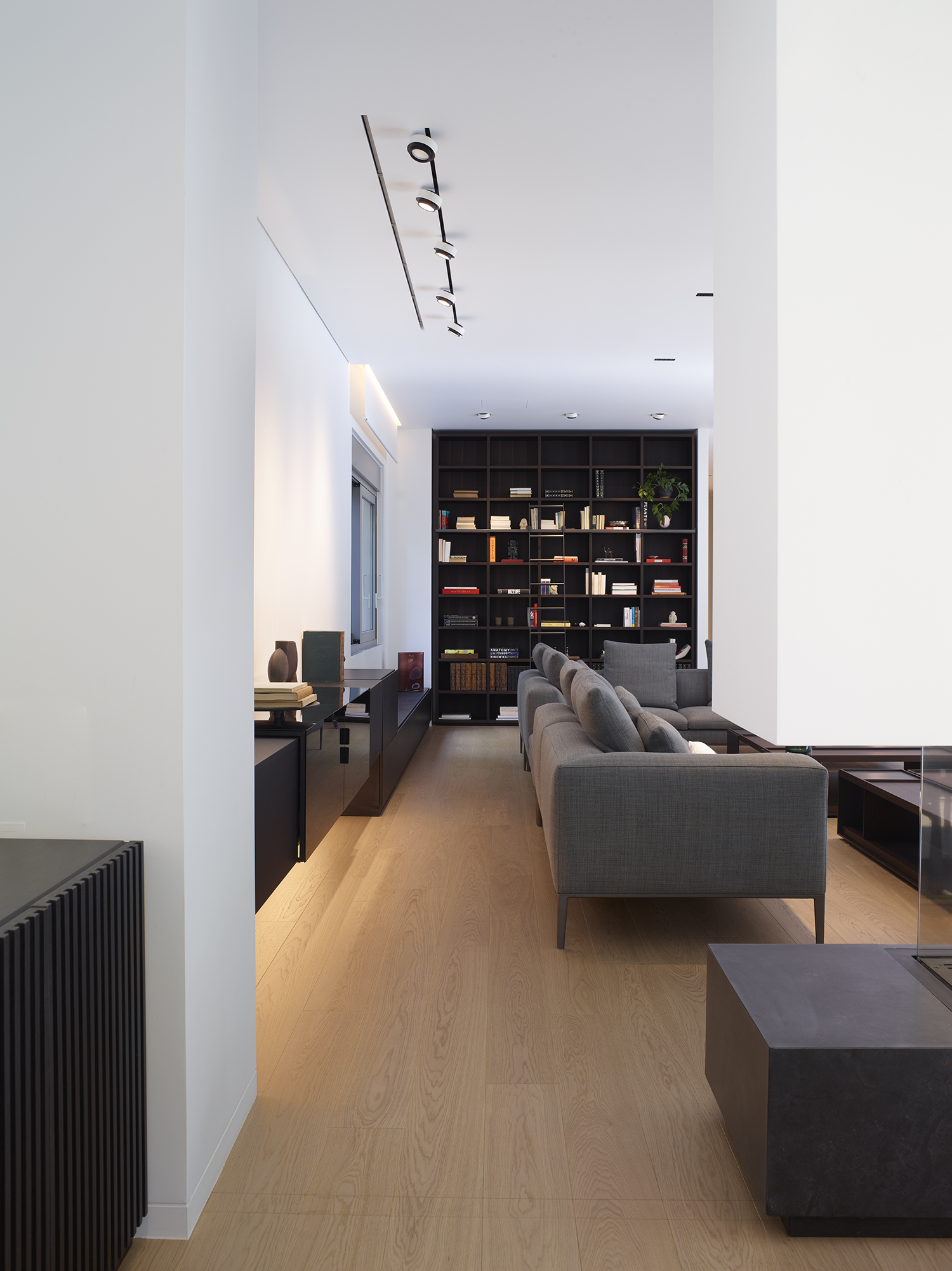 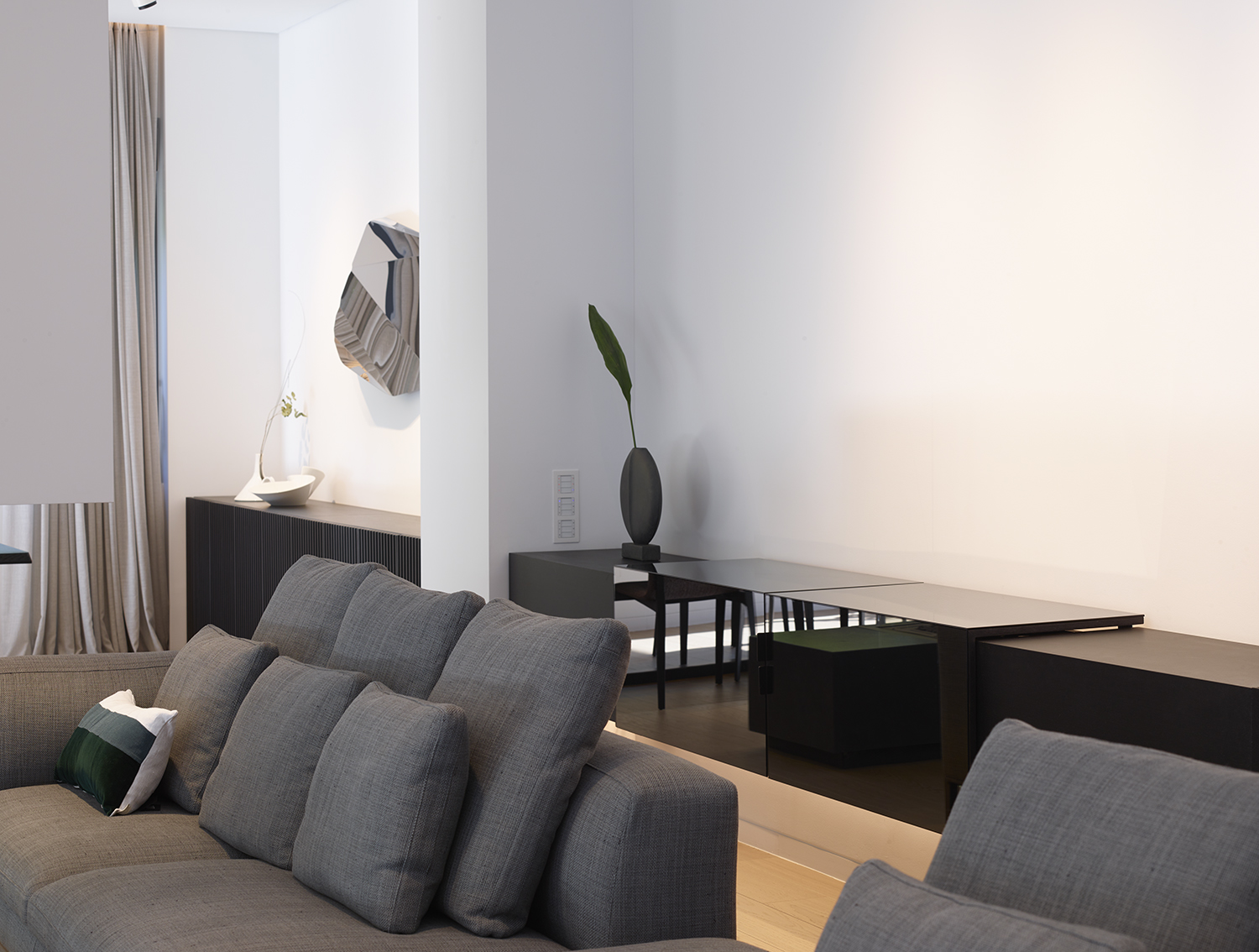 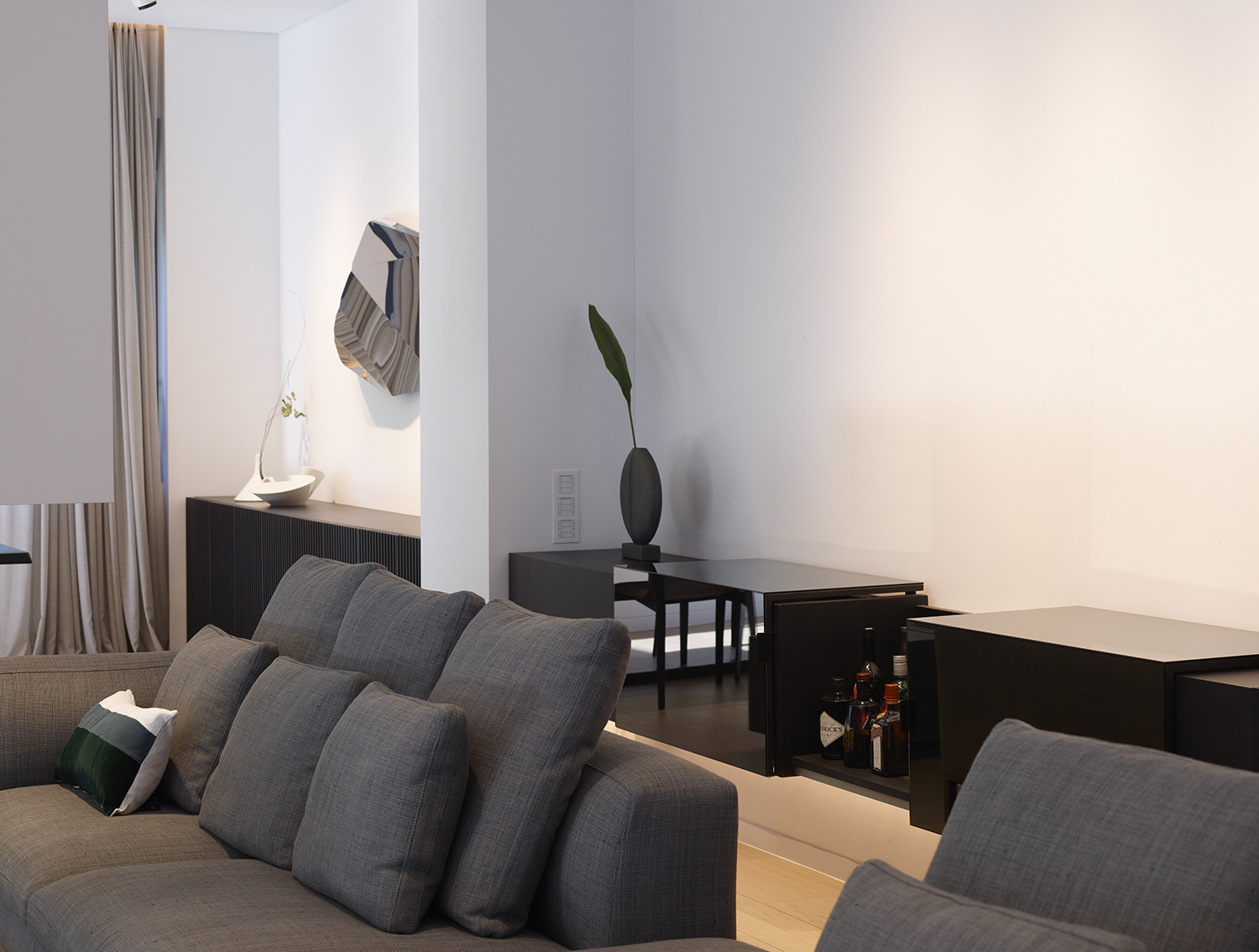 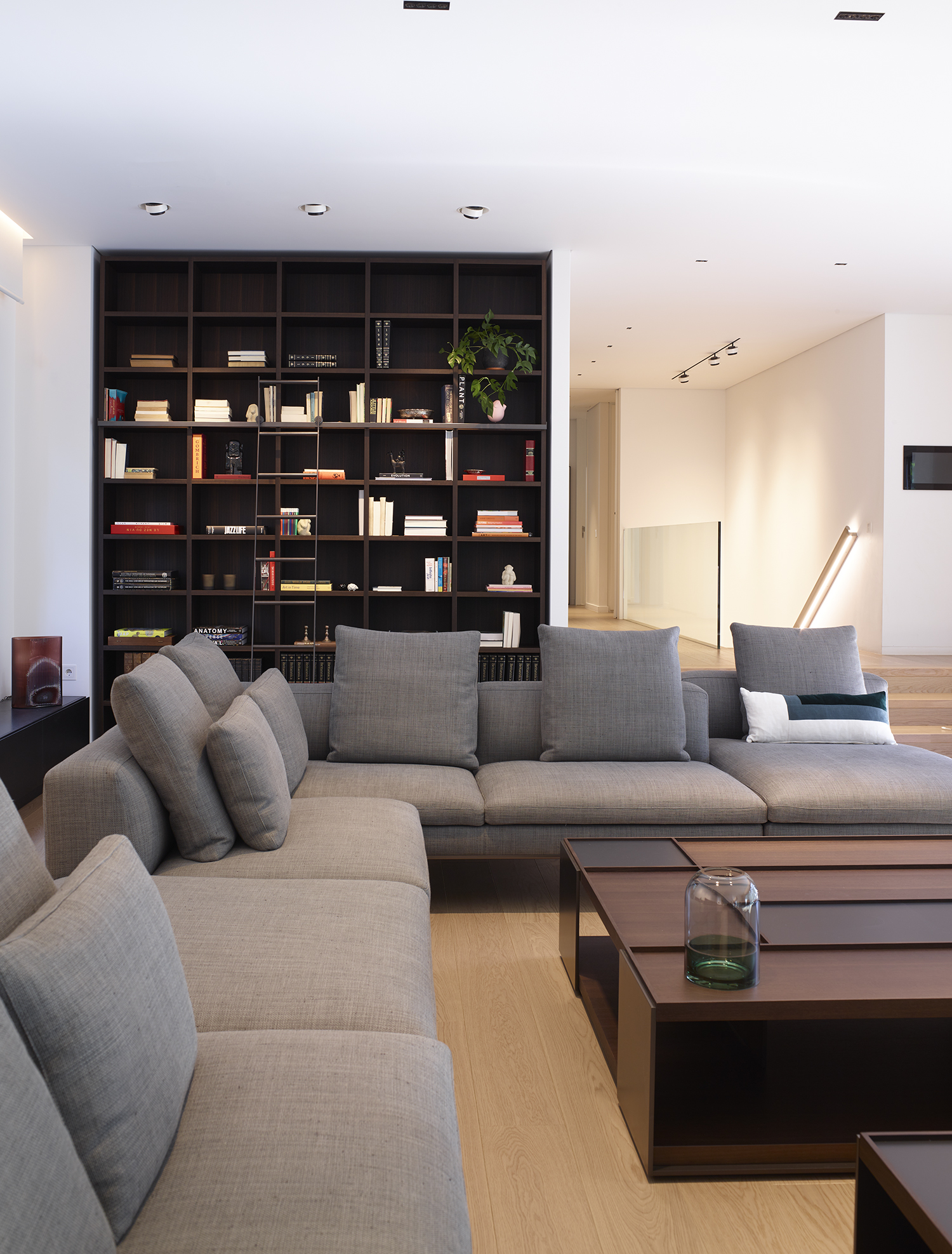 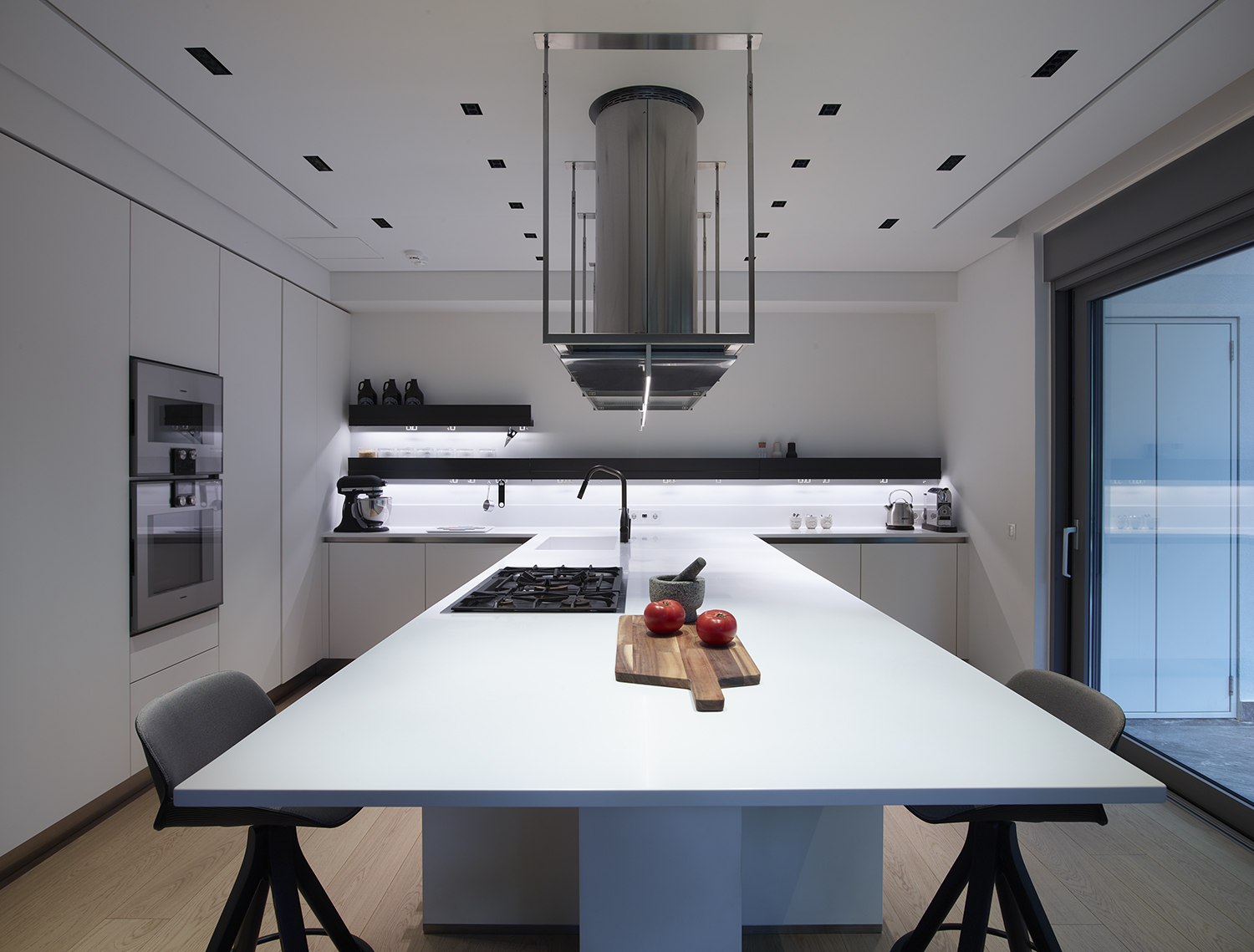 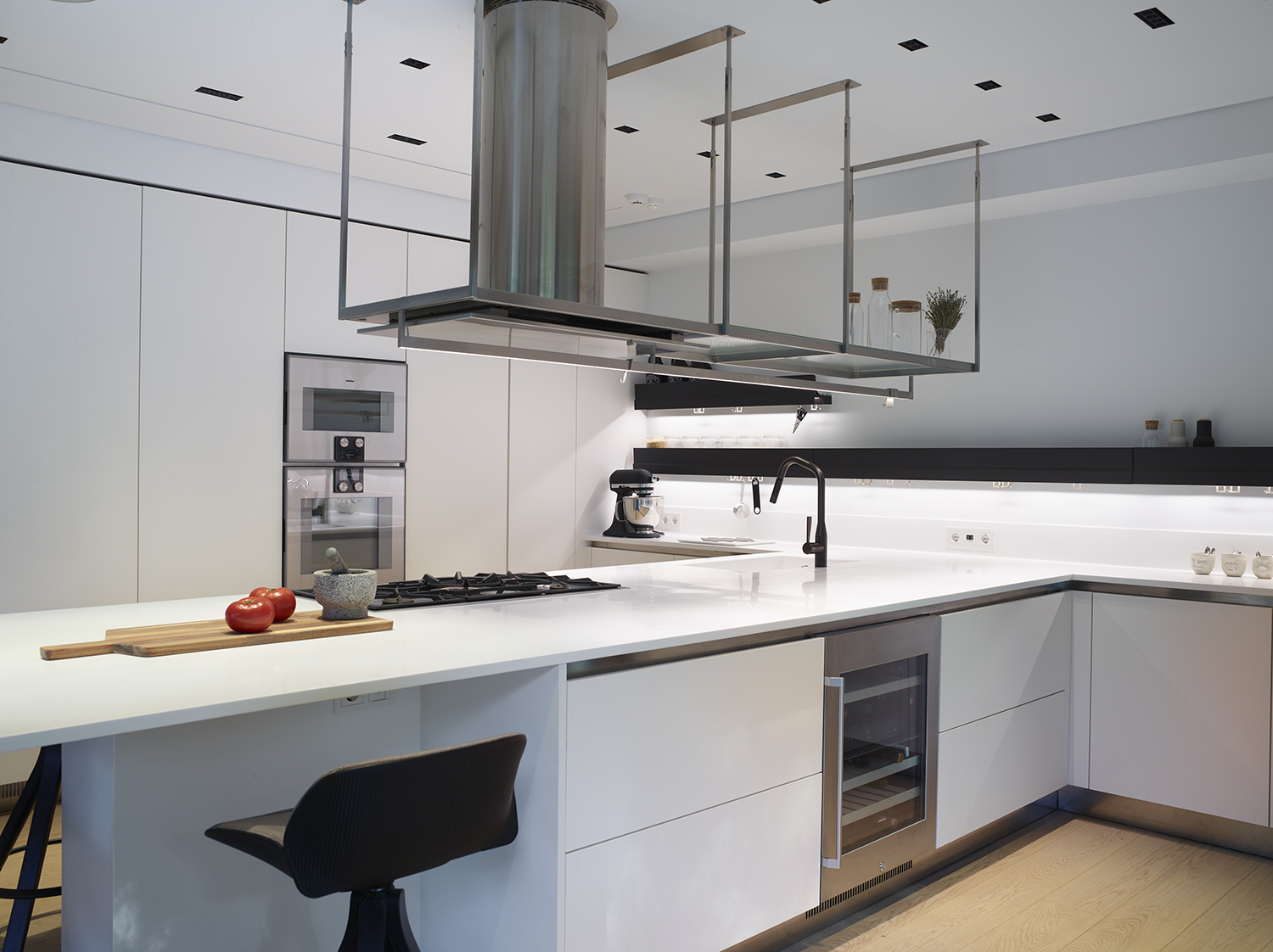 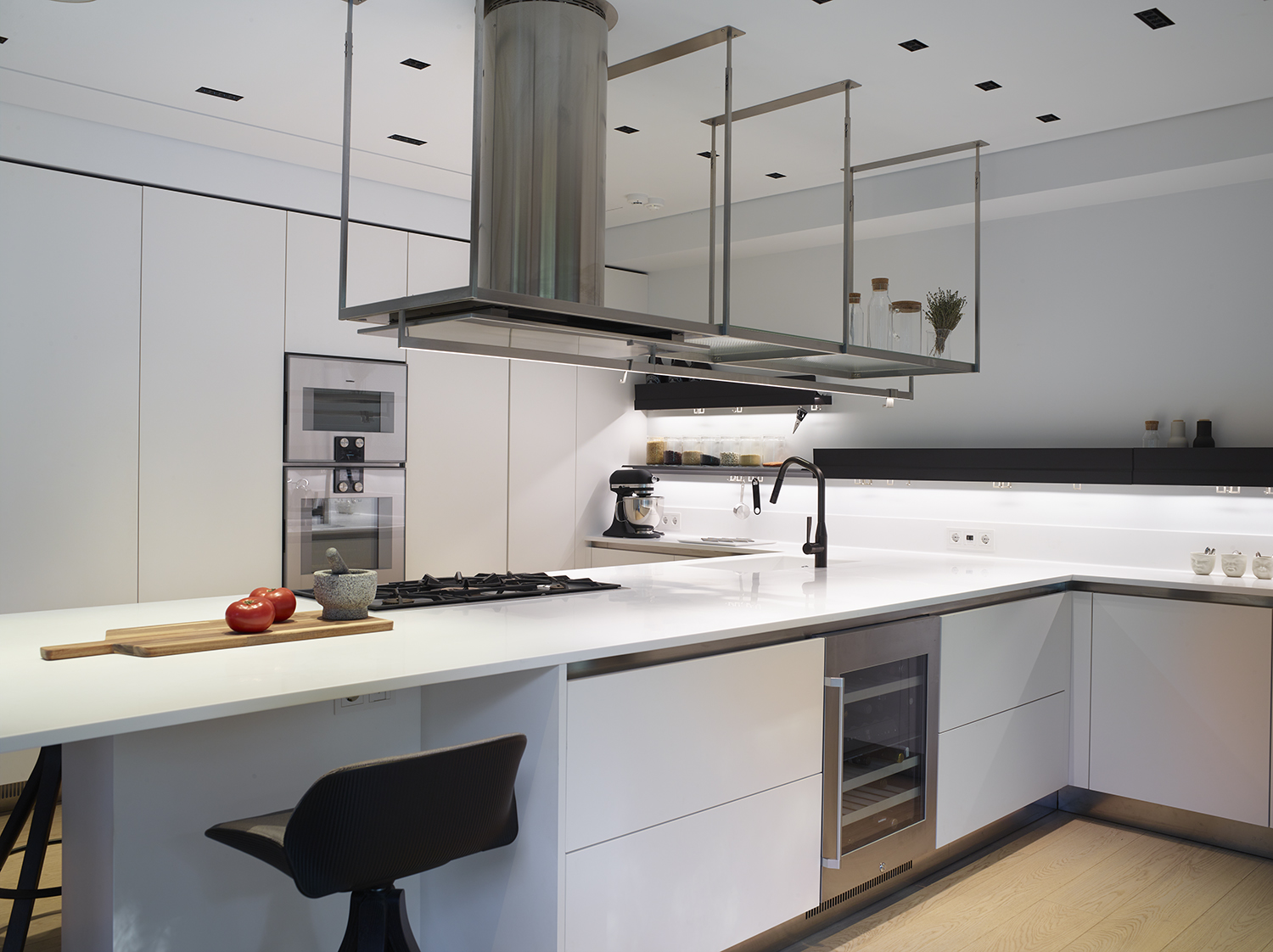 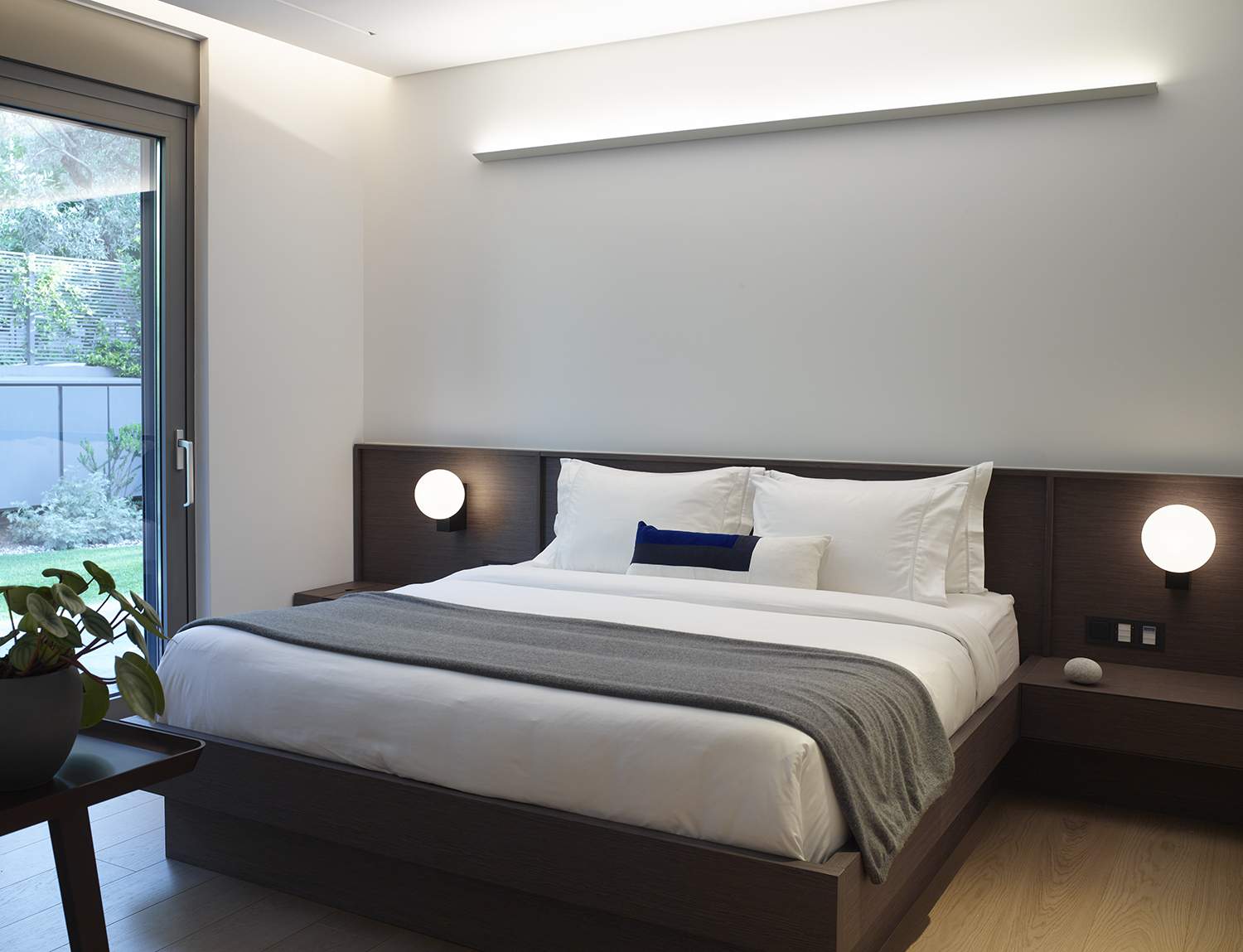 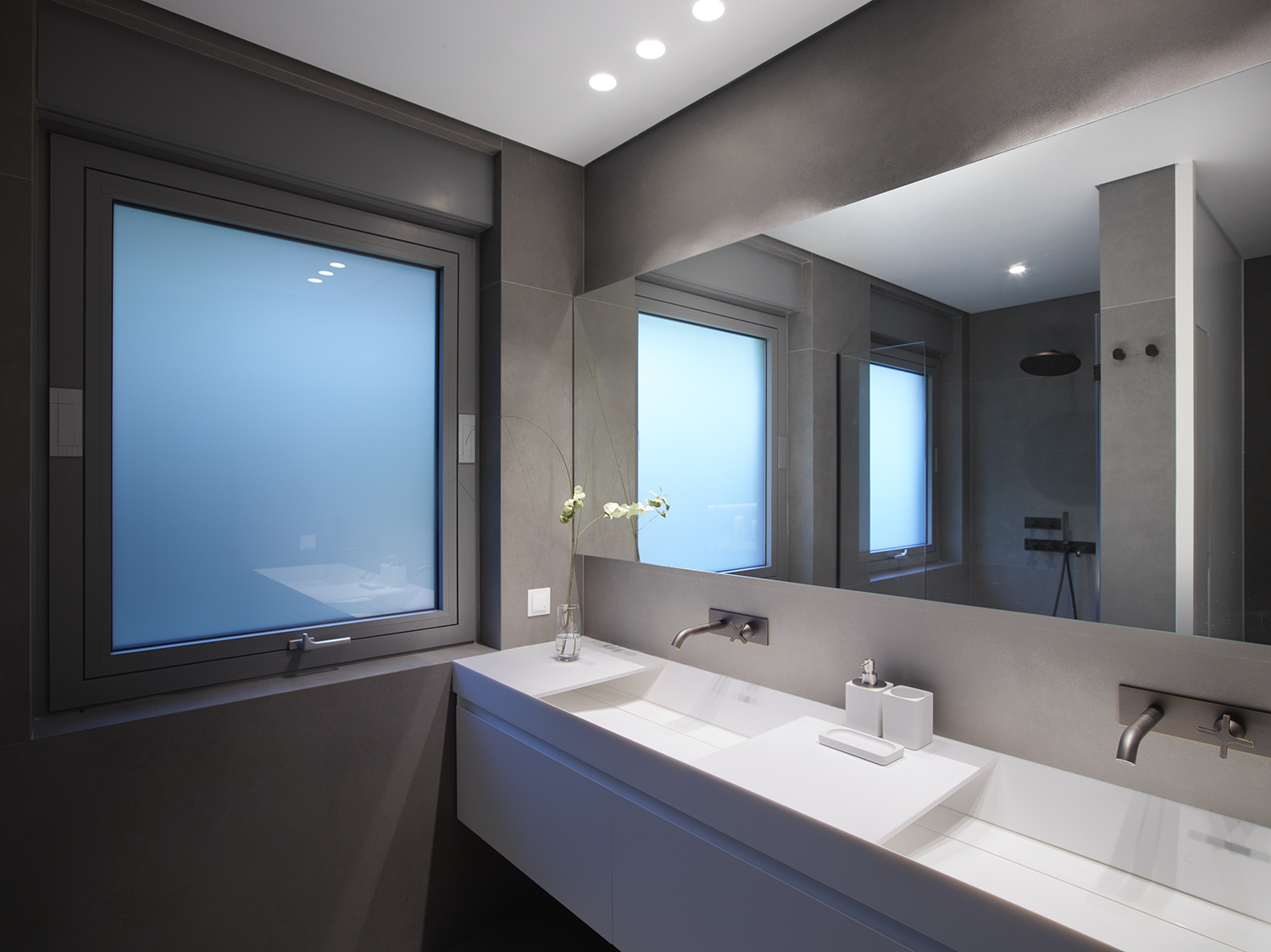 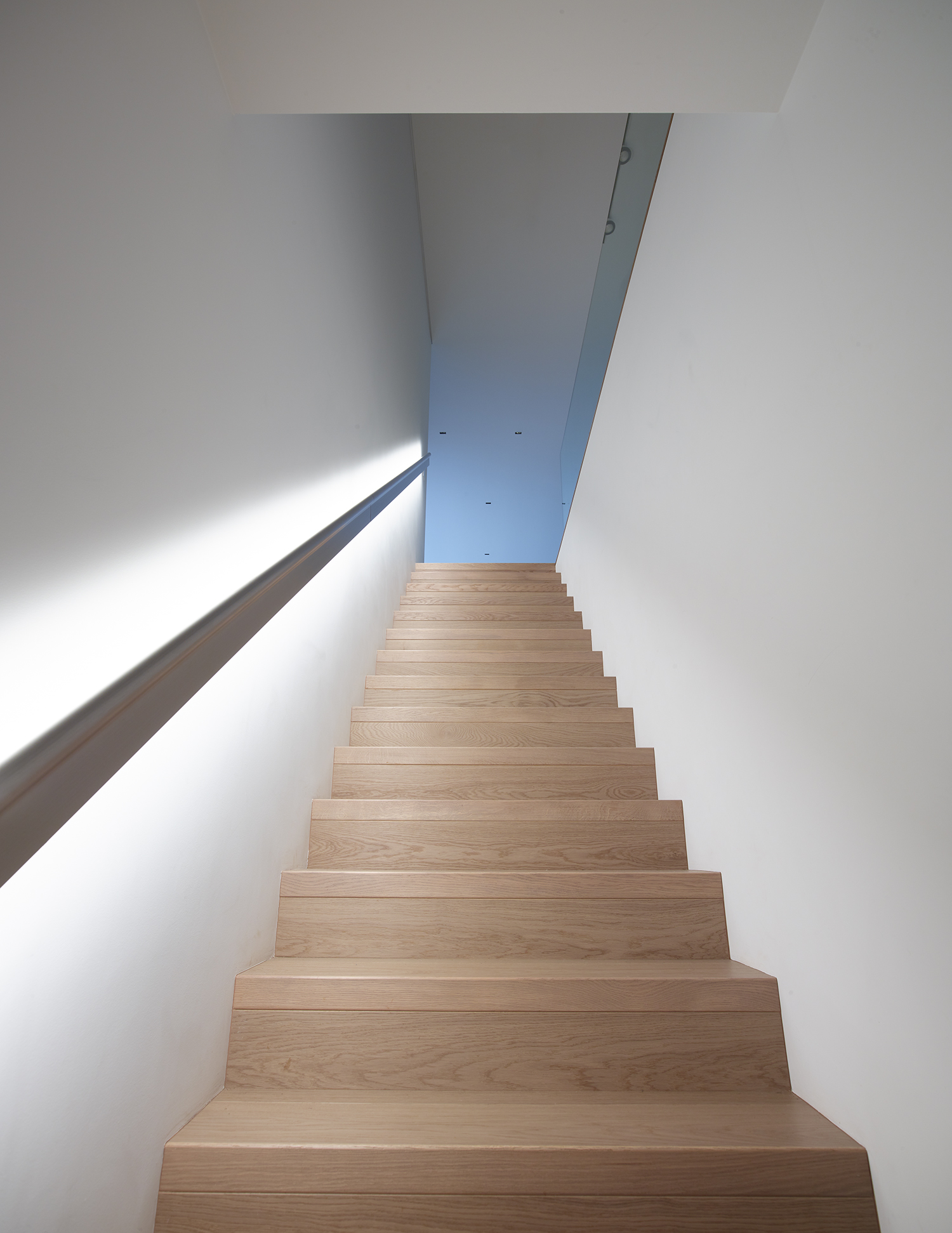 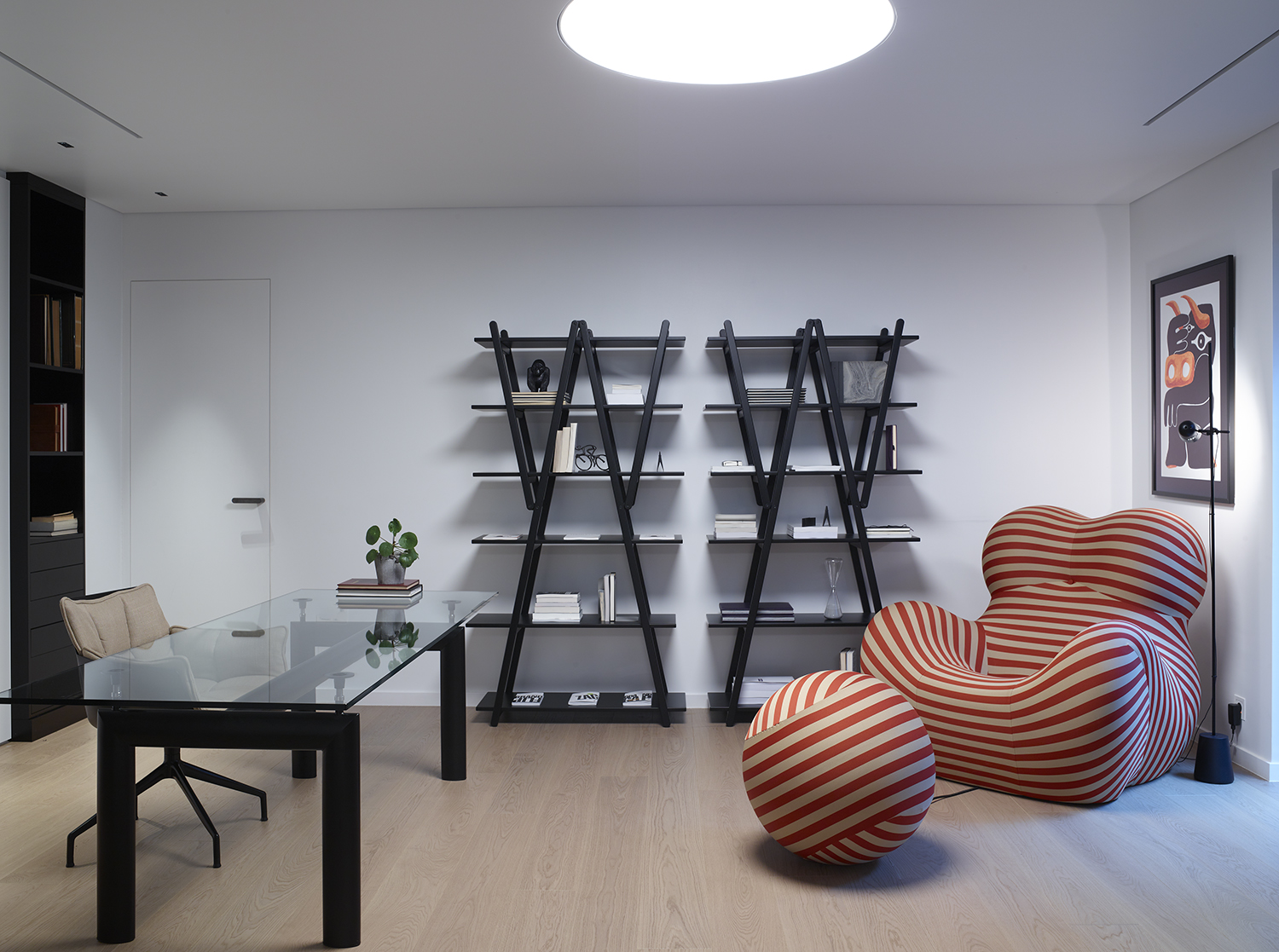 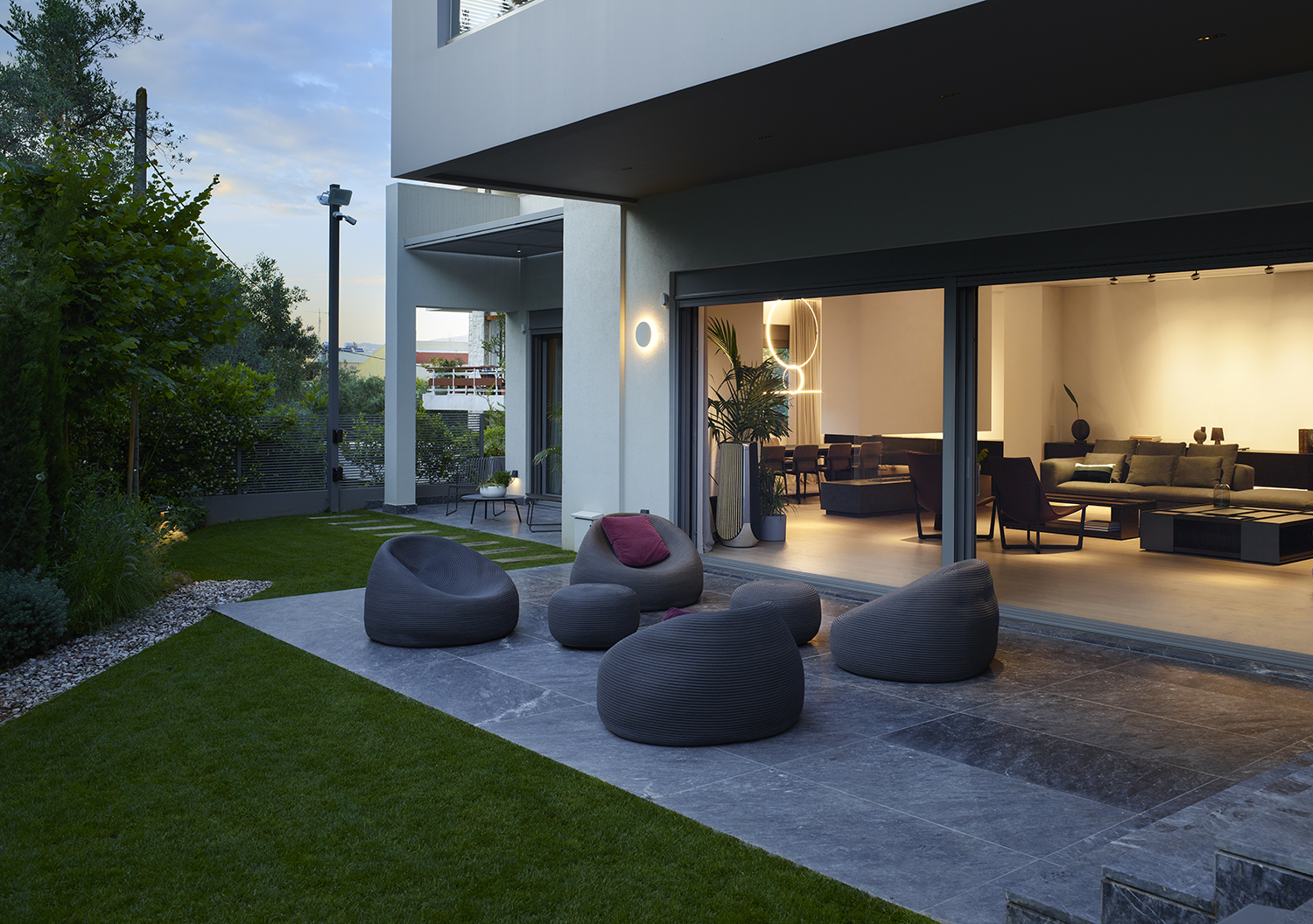